The Origins of Property Taxes

Property tax is one of the oldest forms of taxation known to man. The history of property tax seems to stretch back to the very dawn of civilization. Every civilized society discovered to date has had property tax in one form or another.
The earliest property tax records discovered so far date from about 6,000 BC. They are from the ancient city-state of Lagash – situated north-west of the Euphrates and Tigris Rivers, in modern-day Iraq. According to records unearthed in Lagash, the King operated a rotational tax system called “bala.”

Under this system, tax assessors (who also doubled as tax collectors) would focus on a specific area of the city every month. They would assess and collect taxes on certain types of property (mostly land and food) in the area. The next month, they would focus on another part of the city.

This rotational system enabled assessors to break down tax collection into manageable chunks. It also ensured that the citizens weren’t overly taxed. Generally speaking, property taxes in Lagash were low (approximately 2 to 5 percent of property value). However, in times of crisis or war, they were raised to 10 percent of the property value.

Despite the relatively low taxes, it seems that the citizens of Lagash weren’t overly fond of tax assessors. An inscription unearthed in Lagash summarized the feeling of ordinary citizens towards the tax assessors: 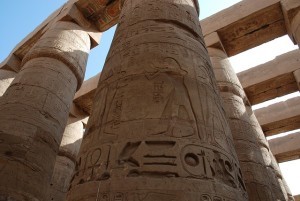 
In ancient Egypt, during the golden era from 5,000BC to 4,000BC, a sophisticated property tax system existed. Taxes were levied against the value of various properties including land, cattle, grain, oil and beer.

The tax assessors were learned scribes – highly skilled in arithmetic and capable of reading and writing hieroglyphics. These assessors kept records of all the land owners, as well as the size of their fields. They also collected data biannually by counting cattle and inspecting grain yields. This ensured that everyone paid the right amount of tax – which was 10 percent of property value.

There was also a system to handle tax dodgers or defaulters. Whoever did not pay their taxes would be arrested, brought before a court and justice would be dispensed. In most cases, the punishment for dodging taxes was a public flogging, followed by being charged twice or thrice of the amount defaulted.

The tax assessors were highly valued and respected people in Egypt. This is because of their skill in collecting revenue. In fact, when a Pharaoh died, while all his other staff were buried along with him, the tax assessors were spared.
All the other ancient civilizations had their own property tax systems which were analogous to the Egyptian system. Basically, there were specific properties upon which taxes were levied, a set amount levied on each property, specific officials were charged with collecting taxes (tax assessors or collectors) and there were means of enforcing the taxes.

In Medieval England, the most prominent form of property tax was levied on land. After 1066, William the Conqueror established a basic type of land taxation. Officials in each town kept a detailed record of everyone who owned land. This included their names, acreage and an estimation of its value. Every year, the total amount of tax due to each person was calculated, and the records kept. Each person was supposed to pay their said tax to the crown.

In the 10th, 11th and 12th centuries, the land tax was passed onto the peasants. This is because the land lords typically rented out their land to peasants. The peasants would till the land and were required to pay one-tenth of each crop yield to the landlord. The landlords then passed on their taxes to the King.

Besides paying their landlords, peasants were also often required to pay a clerical tax. This was supposed to be paid to the church. It also consisted of about one-tenth (a tithe) of their crop yield.

The value of the land tax was often determined by the king. Some kings were ruthless to the point of extortion. In fact, it was exorbitantly high taxes which forced the barons to revolt in 1215 and force King John to sign the Magna Carta. This limited the King’s power to arbitrarily impose taxes.

In the year 1290, personal property taxes were introduced for the first time. This was collected against the value of personal property. The rate of this tax was one-tenth for city residents and one-fifteenth for rural residents. The amount was calculated from the rough estimation of a person’s assets.

Between 1662 and 1689, a form of property tax called hearth tax was introduced in England. This type of tax was levied on buildings. The value of a building was estimated using the number of hearths in it. Each house holder was charged two shillings per year for each hearth, stove or fireplace in the house. As a result, peasants with small houses paid significantly lower amounts than barons with mansions.